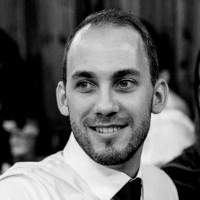 As you might deduce from the main topics of this blog, I am interested in Linux, servers and open source software. I started my first website in 2009 and learned how to develop web applications. Since then my interest in Linux servers and server applications in general grew rapidly. A few years ago I started hosting a lot of online services myself, such as a NextCloud-based personal cloud for file sync, calendar, contacts and more, as well as a XMPP server, a Mastodon instance, my own RSS Feed aggregator and some blogs.

Not only all my servers run on Linux (Debian), but also my personal desktop computers (Fedora) since early 2013. I can’t imagine switching back to Windows. It’s not only the freedom of being able to to with my computers, what I want, but also the Linux community and the knowledge exchange in it, which thrills me.

On the non-technical side, I’m a big fan of metal music in almost every shade: Classic heavy metal, thrash-metal, death-metal, black metal, power-metal, … depending on my mood, I like nearly every sub-genre of metal music. But not only metal gives me energy: Sometimes I listen to Rock, Hard Rock, Blues and Blues-Rock too - and even enjoy electronic music sometimes.

This blog exists since 2011 and first reached bigger impact when I released an article, which explained how to disable the Facebook like button for privacy reasons. Later I published articles about Ubuntu Linux / Ubuntu Server and mail servers. With the first mail server how-to my blog became popular regarding mail server articles and server application articles.

In early 2017 I decided to reduce the number of published articles, and instead write longer and more detailed texts about more complex topics. This should not be a classic blog anymore, but more like a hybrid of a wiki and a professional journal. My goal is not to tell stories about my personal life, but to provide knowledge to an audience with similar interests.